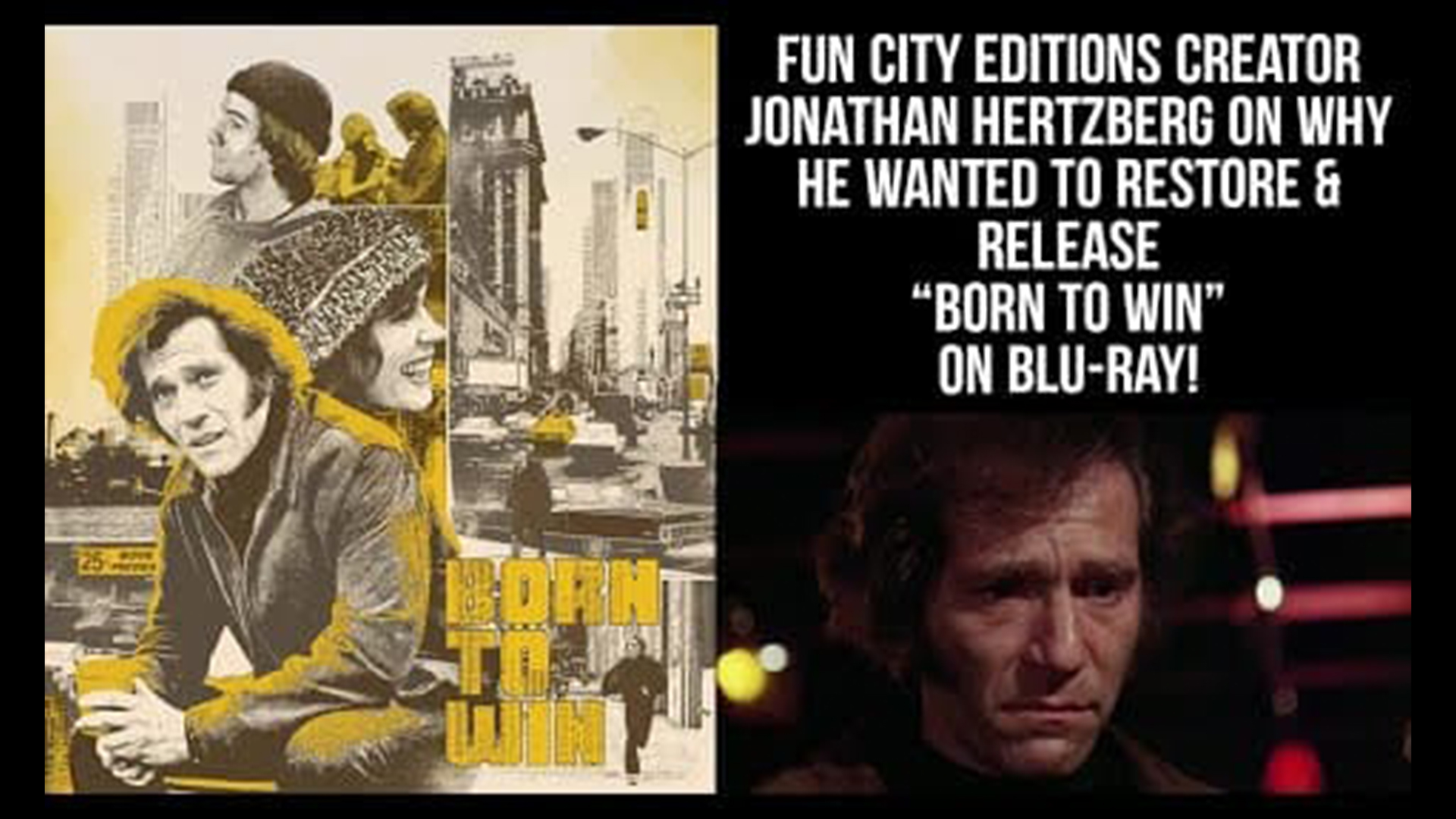 In this episode, we review Born To Win (1971), which was directed by Ivan Passer and starred George Segal, Karen Black, Robert De Niro, Hector Elizondo, Jay Fletcher & Paula Prentiss. This film was part of the public domain for years and the only way you could see it was on TV or on bad prints of it on DVD and VHS. Recently a new restored Blu-Ray was released of the film by Fun City Editions, which are a boutique label that restores and releases Blu-Rays and vinyl records. My guest for this episode was Jonathan Hertzberg who created Fun City Editions. We discuss his background working in theatrical distribution at Kino Lorber, why people become physical media collectors, film restorations, why he wanted to start his own label and of course Born To Win.